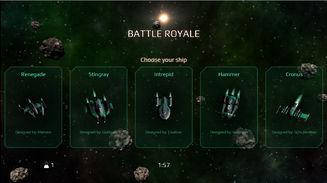 The Battle Royale was a fifth game mode introduced as a celebration to mark the one year anniversary of Starblast.io. This game mode was made available from the main menu for about a week, beginning around the one year anniversary, but is now only playable via the creation of a custom server. It was also re-introduced a month later for a weekend with changes. This now always playable via modding space, it's now available every few days via modding space as of 1-03-2019 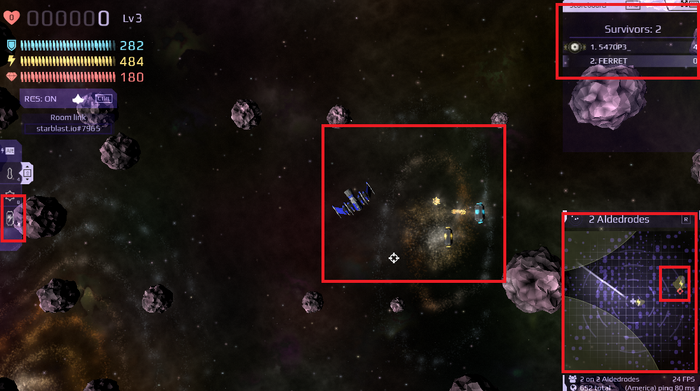